Nissan Motors (GB) has selected Maiden Insurance as its insurance partner for car and light commercial vehicle insurance for a 3-year period.

In doing so, Nissan has replaced iGO4 Partners (formerly Equity Insurance Partnerships) as its car insurance provider, although existing policies are expected to remain with iGO4 in run-off.

The Nissan partnership commences in August 2015 and follows a major tender exercise. The successful bid represents another noteworthy partnership for Maiden in the UK motor manufacturer sector, alongside its existing Vauxhall deal.

Europa Group is being used to administer the partnership for Maiden, and Ageas (as with Vauxhall), will underwrite the cover. It is also understood that a proportion of the premium is being reinsured by Maiden.

The loss of Nissan represents a significant one for iGO4 Partners, which continues to work with Renault, Honda and Kia in this sector. Nevertheless, there are also strong market rumours that at least one of these brands is currently subject to a tender exercise.

Benenden - a leading provider of healthcare, "well-being" and cash plan solutions has announced a new partnership with Hood Group to provide home insurance to its 900,000 members.

Benenden currently partners with Insure & Go (Mapfre) to offer travel insurance to its customers and has publicly stated that it is planning to extent its product range to include motor insurance; a product which Hood Group does not currently offer.
Posted by Benalder at Thursday, July 23, 2015 No comments:

The AA and Bank of Ireland sign 10 year partnership

The AA has announced a new partnership with the UK arm of the Bank of Ireland to offer a range of banking products, including savings, personal loans, credit cards and ultimately, mortgages. The partnership is for a 10 year period, but unlike an earlier financial services partnership with HBOS (prior to the financial crisis), it is understood that this is not in the form of a joint venture.

The AA currently only offers savings accounts to customers with Birmingham Midshires, but has stopped offering credit cards and personal loans which it recently provided through small-scale partnerships with MBNA and Co-Operative Bank respectively. An AA-branded credit card will be the first product to be launched via the new partnership.

Bank of Ireland UK continues to work with the Post Office in a similar capacity. This partnership, which started out as a joint venture in 2004, was renewed in 2012 (no longer as a JV) and extended until 2023.
Posted by Benalder at Wednesday, July 15, 2015 No comments: 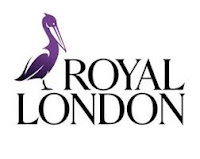 With only limited PR coverage, Royal London announced (April 2015) that it has selected Brightside as its car insurance partner. Royal London is the UK's largest mutual life and pensions company and has over 5 million policyholders and 0.5 million members.

Insurance broker Brightside has been one of the more active insurance partnership providers in recent years and its deal with Royal London is scheduled to run for 3 years.

The "brand stretch" of life and pensions policyholders into general insurance purchases has historically been mixed and this partnership raises the question as to whether a home insurance partnership might follow.

Wren Sterling (previously Towergate Financial), which has approximately 110 advisers, has a number of similar partnerships with small and medium-sized building societies including Saffron, Nottingham and the West Brom. The announcement follows last week's partnership between Openwork and Dudley Building Society.
Posted by Benalder at Wednesday, July 01, 2015 No comments: