West Bromwich Building Society has launched a partnership with Towergate Financial, to provide a financial advice service in its 37 branches. The service will provide whole of market advice in pensions, protection and investmenets and is being managed by 20 former West Brom staff who will be employed by Towergate.

West Brom previously worked with AXA, but the insurer withdrew from offering an advice service in Summer 2013.


Towergate Financial has been active in working with small and medium sized building societies and, using a variety of models, it already has partnerships with the Loughborough, Melton Mowbray, Nottingham, Saffron and Scottish Building Societies.
Posted by Benalder at Tuesday, January 28, 2014 No comments:

Sun Life Direct has appointed Golden Charter as the sole provider of funeral plans for its term life and over 50s life assurance policyholders, following a recent tender.

The two organisations have worked together for 4 years, but previously Golden Charter was one of a number of providers. It has been suggested that following this deal, Golden Charter will have a market share of over half of the UK pre-paid funeral market.

Partnerships are a major feature of the pre-paid funeral market, with Dignity, Co-Op Funeralcare and Golden Leaves actively involved.

Golden Charter, for example, also works with a number of partners including Saga, Friends Life, CUNA Mutual and Scottish Friendly.
Posted by Benalder at Wednesday, January 15, 2014 No comments:

Affinion selects AmTrust as its underwriting partner until 2020

The lifestyle and loyalty benefits provider, Affinion International, has announced that Am Trust Europe has been selected as its underwriting partner until 2020. Affinion previously worked with Allianz.

Affinion International provides a range of products and services to its partners, including mobile phone and gadget insurance, motor breakdown and warranty. Affinion has highlighted that the change of underwriter will allow it to exercise more control of claims handling, particularly with its mobile phone insurance product.

Affinion is a significant player in administering loyalty programmes throughout Europe and has relationships with among others, Aviva, Santander, Nat West and American Express.
Posted by Benalder at Tuesday, January 14, 2014 No comments: 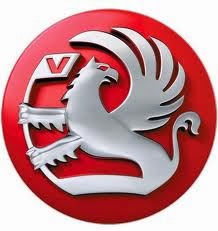 Ageas has announced that its partnership with motor manufacturer Vauxhall has been extended to include Van Insurance. The two organisations originally signed a 5-year partnership in late 2011, which covered private motor insurance for the Vauxhall and Chevrolet brands.

All policies are underwritten by Ageas Insurance Limited and are administered through Ageas Insurance Solutions, based in Stoke-on-Trent. The new arrangements include a free 5-day "driveaway" policy for Vauxhall van customers, buying through Vauxhall dealers.

The Ageas partnership with Vauxhall is widely considered to have worked well since 2011 and this extension arguably leaves the insurer well-placed for any future renewal or tender process for the wider Vauxhall account.
Posted by Benalder at Friday, January 10, 2014 No comments: