Sun Life has announced the launch of a pet insurance partnership with affinity intermediary, BDML Connect; part of the Markerstudy Group. The cover is underwritten by Zenith Insurance, also part of Markerstudy.

The launch of pet insurance is its first foray into the general insurance market for some time and follows the recruitment of Simon Stanney as "GI Director" in July. At the same time, Sun Life suggested that the launch of pet and subsequently home insurance, would be followed by car insurance and that the business aimed to secure 250,000 insurance customers in the next 4 years, based on a direct offering of "straightforward and affordable" products.

Sun Life has previously partnered with Key Connect to provide home insurance, but the new provider has not yet been announced. It currently partners with a number of other providers including Golden Charter (funeral plans), Hugh James (will-writing) and Scottish Friendly (ISAs).
Posted by Benalder at Wednesday, September 30, 2015 No comments: 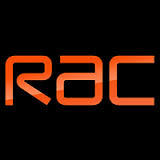 RAC, the motoring services group, has selected Hood Group as its travel insurance partner following a recent tender exercise. The range of new products will be made available to RAC's 8 million members and incorporates a range of optional covers including gadget, excess waiver, winter sports, cruises and weddings. Cover is underwritten by AXA.

The new partnership with Hood Group, saw the replacement of ACE as the RAC's travel insurance partner in August 2015; following a 3 year partnership. The RAC continues to work with a large number of other insurance partners, including BISL for car insurance, Towergate for classic car and Heath Lambert for home insurance.

The partnership marks a significant success for Hood Group which announced its entry into the affinity travel insurance market as recently as July 2014 and launched its first travel insurance partnership with More Th>n in February 2015. The More Th>n product is underwritten by AmTrust.
Posted by Benalder at Tuesday, September 29, 2015 No comments: 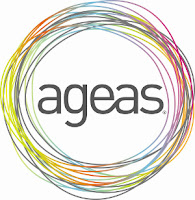 Age UK Enterprises, the trading arm of the UK's leading later life charity, has signed a 10 year extension with its insurance partner Ageas. The partnership builds on the 10 year deal originally commencing in 2006 and will see the insurer continuing to provide home, motor and travel insurance to a customer base of 1.3 million.

It is understood that the partnership is worth in the region of £100 million annual premium income to Ageas, although historically it has never been regarded as one of the most profitable partnerships for the insurer. Age UK Enterprises benefited from £22 million insurance income in 2013-14.

Ageas has been keen to secure the Age UK partnership renewal for some time and although the announcement does not come as a big surprise, the presence of the RIAS and Castle Cover brands within the Ageas Group does suggest an ongoing appetite for over 50s business for the insurer.
Posted by Benalder at Tuesday, September 29, 2015 No comments:

National financial advisory firm Lighthouse, has announced a new partnership with the Association of Teachers and Lecturers (ATL) in a 3-year deal to provide financial advice to its 160,000+ members. The partnership involves the provision of advice across a wide range of products including protection, mortgages, pensions and investments.

In addition, Lighthouse has confirmed that it has also renewed a number of its other affinity partnerships with a range of organisations including unions, ASCL (18,000 members) and BFAWU (20,000 members) as well as employee group, "BA Clubs" (40,000 members). These are understood to be for 3 years and Lighthouse has also extended its partnership with the Royal College of Nursing (RCN) for a further 15 months.

Lighthouse has been one of the most active providers of financial advice to employee groups, trade unions and professional associations, and other partnerships include Unite, GMB, Unison, CSMA and the RCM.
Posted by Benalder at Monday, September 07, 2015 No comments: