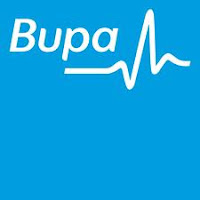 Bupa and AIG have announced a partnership to develop a new product range for the travel insurance market.


Both organisations currently underwrite travel insurance and the new partnership, which is understood to be for a 2 year period, will aim to develop new products for the individual, SME and corporate sectors.

AIG in particular, is an active travel insurance provider for a number of affinity groups and brands including Boots, Flybe, WH Smith and Yorkshire Bank. A small aside is that customers of these brands will not be covered for trips to Cuba because of AIG's US parentage.
Posted by Benalder at Thursday, May 30, 2013 No comments:

Volkswagen's partnership with UK General - a challenge to motor insurers? 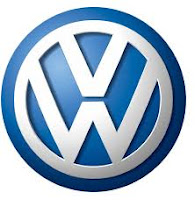 UK General has announced a partnership with Volkswagen Financial Services to offer VW Group (including Seat and Skoda) customers its "Ensurance" product. The product provides access to VW Group approved repairers and genuine parts and paint. It is administered by Lawshield UK and underwritten by UK General on behalf of Ageas.

The product was originally launched in 2011 and underwritten by Mapfre. The original product sold for up to £60 per year, but the new partnership with UK General provides it free of charge to VW Group customers for 3 years.

Ensurance is one of a number of motor manufacturers' products which aim to provide a single point of contact in the event of a claim or theft. These products sit alongside a traditional motor insurance policy, but remove a degree of control from the motor insurer by directing repairs into the manufacturer's network and handling hire car and accident management provision.

VW Group continues to work with Allianz for its standard motor insurance policy and Mapfre for GAP insurance.
Posted by Benalder at Wednesday, May 29, 2013 No comments:

Argos has launched a new partnership with LaSer to provide personal loans to its customers; both online and within its 735 stores. Loans are available from between £3,000 and £15,000 and the partnership offers instant online decisions and flexible payment terms. This complements an existing "Homeowners" (secured) loans partnership with Nemo Personal Finance.

Earlier this year and with minimal press coverage, Argos also launched a motor insurance partnership with Hastings, through the latter's "Insure" brand. This replaced a partnership with BDML which had not been active for some time.

In addition, Insure & Go has replaced Chartis as the travel insurance provider for Argos customers, whilst RSA contnues to provide the retailer's pet insurance offering.
Posted by Benalder at Friday, May 24, 2013 No comments:

Over 3 years after announcing that it could become a "Top 10 Household Insurer" by 2011, British Gas has launched a home insurance partnership with AXA Direct & Partnerships. Admittedly that claim was made in a recruitment advert for an Underwriting Director; a post eventually filled by Edward Dutton, formerly the Underwriting Director of AXA Personal Lines.

Back in 2009, British Gas received authorisation to underwrite both warranty and household business, but at this stage, it has decided to work with an established insurer to provide home insurance to its 4.5 million UK customers. The length of the partnership has not been announced and it is not yet known whether the major aggregators will add the brand to their panels.

British Gas has provided a range of repair and warranty services to its customers for many years under its "Homecare" brand and home insurance could be seen as a natural brand extension for this and other utility companies.

All utility companies have access to large customer bases and good quality data, but the issue for British Gas could ultimately be whether its proposition is sufficiently differentiated and whether or not customers feel genuine "affinity" for their supplier of gas and electricity.
Posted by Benalder at Monday, May 20, 2013 No comments: